It's hard to believe a month has passed since bottling my first EBY beers, but I'm always happy to sample new yeast (bottling post, brewday post). Below you'll find short tasting notes from 12 oz. bottles of each beer. Thanks again to Sam at Eureka Brewing for the yeast strains (blog link) and to Jeffrey Crane (blog link) for designing what turned out to be an excellent recipe for the yeast to do their thang!

Just want to point out that these strains are in the experimental phase. We don't really know what to do with them yet. My guess is that specific strains may shine in specific recipes. Either way I'm pleased with the results so far after only one month bottle conditioning. 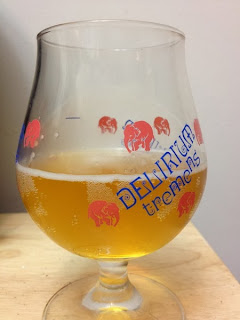 Flavor: balanced, simple, slight rough "graininess" in the finish; low to no spice flavors; grainy finish is the only detractor

Mouthfeel: good carbonation; medium-low body; no slickness or other detractors

Overall: Nice, actually tastes like a young, low-hopped Orval clone. Not super complex, but also fairly clean for the style. 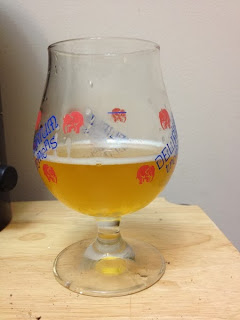 Aroma: barnyard with a little smoke;  not terrible, but it lingers; lacks fruity esters of 014

Appearance: slightly hazier than 014, crazy chunks of yeast were still hanging out in the neck of the bottle (I'll try to get a picture of this next time)

Flavor: aroma bleeds into flavor; comes across as spiciness reminiscent of coriander; this is not unpleasant but I prefer the fruit of 014. Might be fun to primary with 014 and secondary with 015!

Overall: So far I prefer 014 as a primary fermentor, but EBY015 seems to bring a lot of funk potential in terms of aroma with subtle flavor contributions! 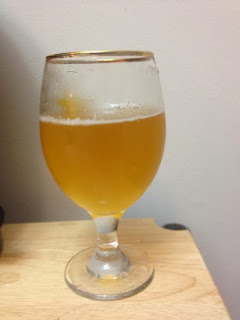 Flavor: soft, tart but not sour; slight bite on the finish

Overall: Much different from 014 and 015.  Even more one-dimensional, and yet better in that one dimension because less muddled. As suggested by the aroma this comes across like a Berliner Weisse. Very pleasant, and I had no problem finishing the sample. 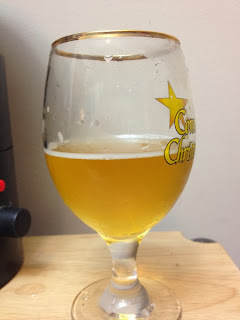 Mouthfeel: good carbonation; low body; no slickness or other detractors

Overall: Probably my top choice of these 5 beers. The mineral quality of the product combined with the awesome fermentation performance of this strain make it a top choice for future single-strain projects! 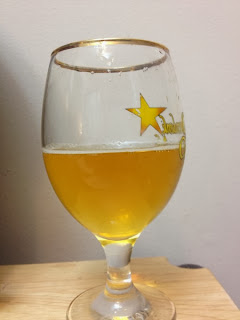 The most dissapointing strain by far was EBY019, but I think it may be due to contamination. This was the one and only tube of mine which burst during shipment.  I recovered a small amount to culture and ferment with but it may have been contaminated. Keep that in mind if you read these tasting notes.

Aroma: sour apple and vinyl; nail polish; not terrible but not pleasant either

Appearance: one of the clearest and best looking of the bunch (despite the pic)

Flavor: cold sample is mild, slightly nutty, almost cider-like finish. puke butyric acid builds and the second half of the bottle is undrinkable.

Mouthfeel: similar, but drier than others

Overall: When cold, this beer tastes clean except for the nose.  As it warmed the puke/corn flavor became unpalatable. It wast the only drain pour of the bunch. No way to finish the rest of the bottle.